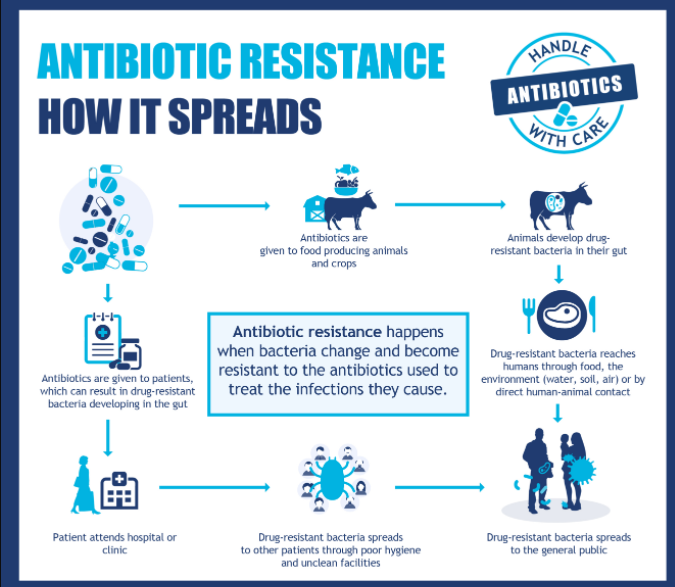 Antibiotics not only destroy the bad bacteria in our gut, but also the good bacteria that protect us against harmful bacteria.  Some bacteria survive and replicate which is why after a dose of antibiotics many people get sick again just a few weeks later.  Antibiotics produce toxins, alter the gut flora and decrease the immune system function.  It can take from 6 months to a year for the gut to recover.

70% of our immune system lies in the gut making it very important to heal the gut after antibiotics.
PROBIOTICS for at least 3 months. (recommended)

AVOID pain relievers such as ibuprofen and aspirin, and birth control pills.  These wreak more havoc on the gut. 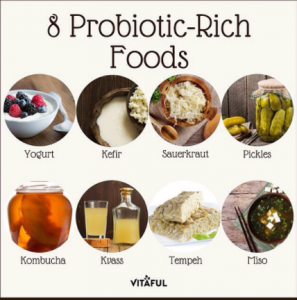 POWERFUL healing FOODS TO EAT DAILY and for colds/Flu

Garlic – Garlic Contains a Compound Called Allicin, Which Has Potent Medicinal Properties.
Use: dice a clove, put on back of tongue with raw honey

Manuka Honey: is honey that is produced in New Zealand by bees that pollinate the Manuka bush. It has four times the nutritional benefits of normal raw honey. Is an anti-inflammatory, helps heal wounds to fight infection and promote healing. Helps with sinus infections, colds and sore throats.*UMF stands for Unique Manuka Factor which rates the antibacterial strength of the honey. 10 UMF is the minimum rating to be considered therapeutic. Look for 10+ UMF level.
Use: 1 tsp 3x a day when fighting illness, or 1 tsp daily for maintenance.

Turmeric is a spice with it’s main active antioxidant curcumin. It is anti-inflammatory, inhibits cancer cell growth, has been shown to boost brain function and is used to treat digestive problems.
Use: Put a tsp into a smoothie or beverage, use for cooking (curry)
Carrot Ginger Smoothie
Turmeric Latte

Apple Cider Vinegar: helps to cure a cold and soothe a sore throat. ACV is loaded with vitamins and acetic acid.
Use: Take 2 tablespoons of apple cider vinegar in one glass of water 3x daily to cure a cold.