When By Chloe opened in NYC, I was salivating over the instagram feed and couldn’t wait to try it out! Then one opened near where my sister lives in Boston Seaport.  Over the weekend, I visited a few times and tried a couple of items from the menu.  The design, style and brand is impressive. No details were left out. The trendy cozy look includes wicker swing chairs you can sit in and look out the window. 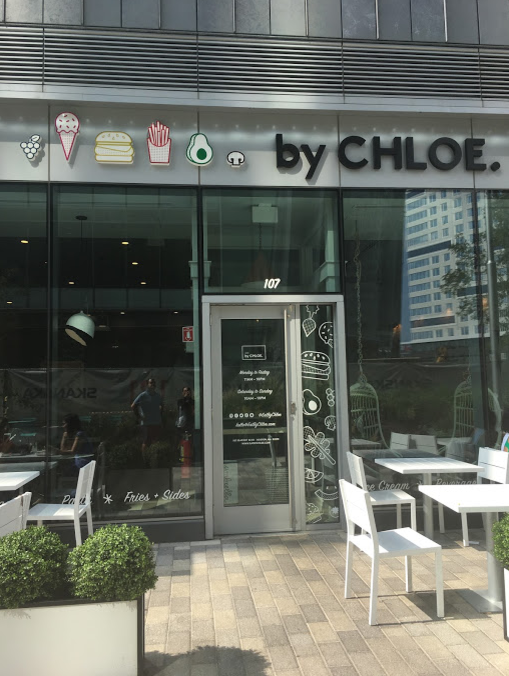 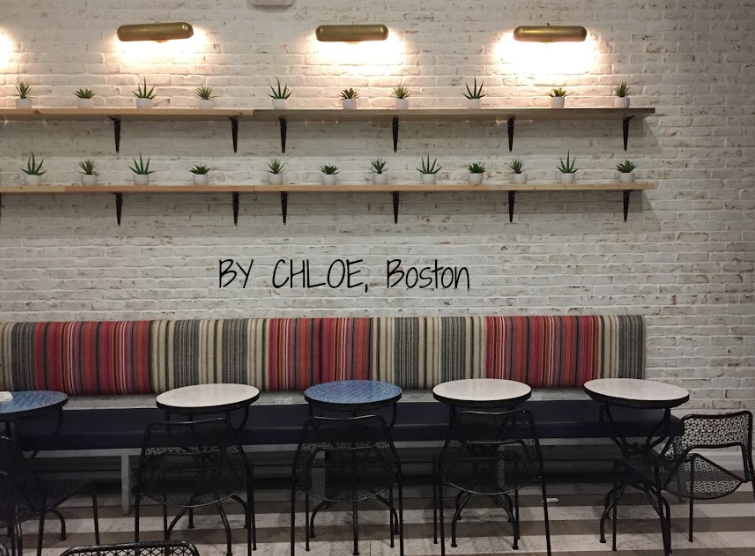 Coloring for the kids, and recycling for the earth.  Even the napkins are decorative, as well as the take out bags. 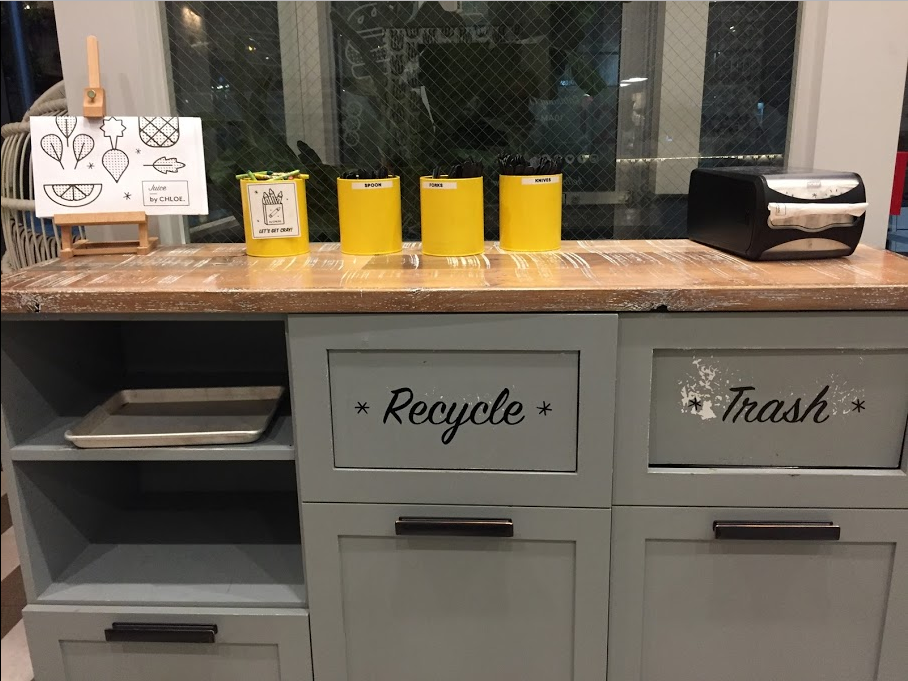 Smoothies are made in house daily in a slurpie type machine for anyone that grew up with a 7-eleven nearby. 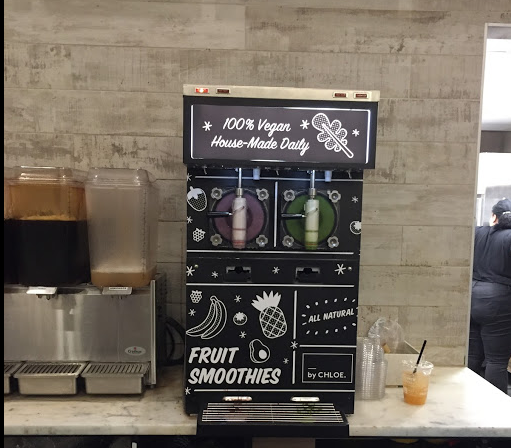 A view of the front counter and menu on the wall, with desserts to the side. 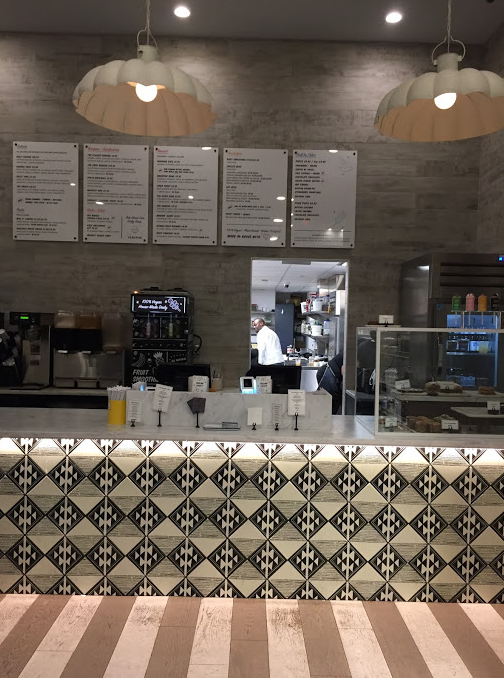 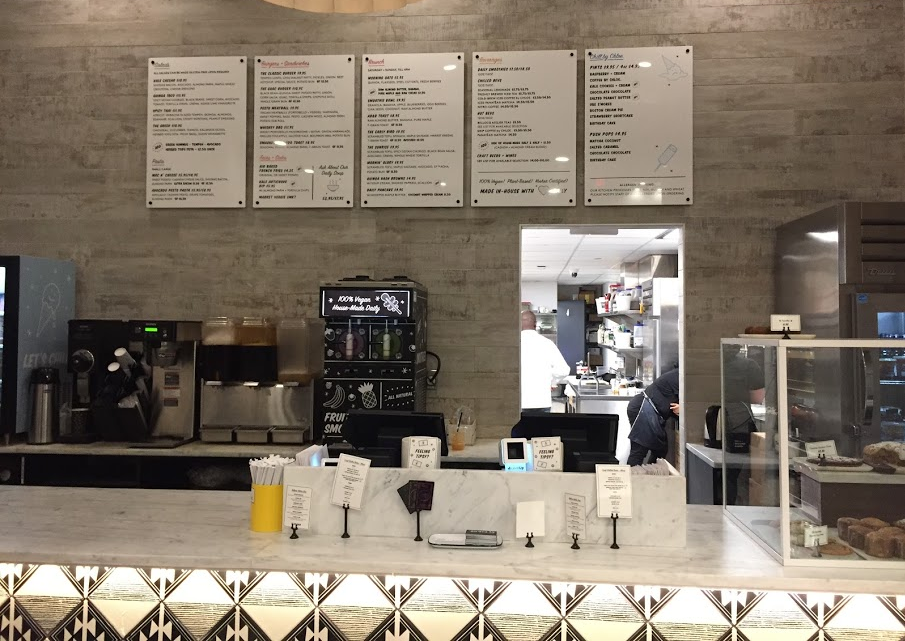 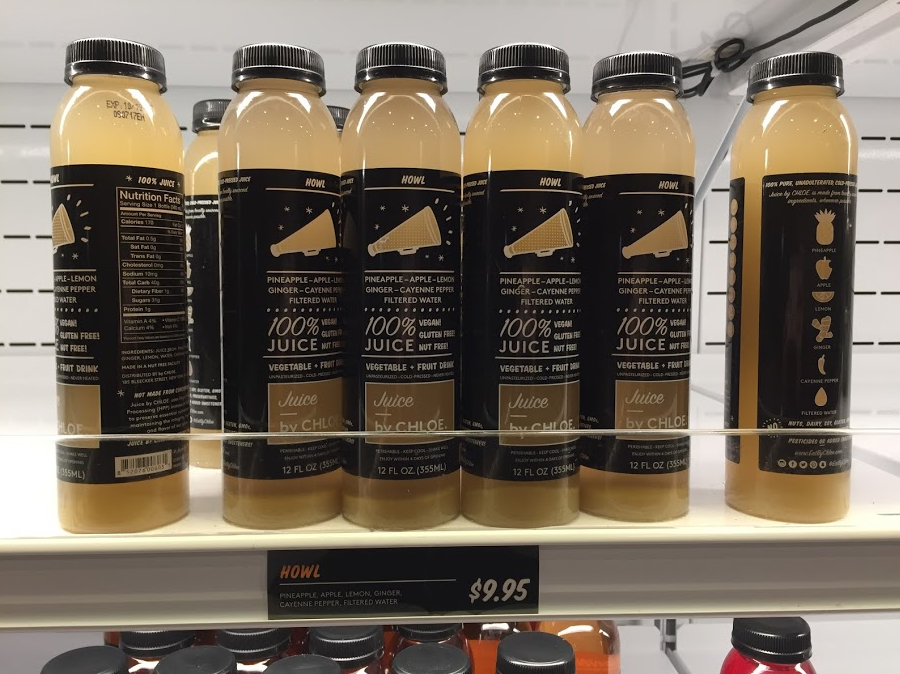 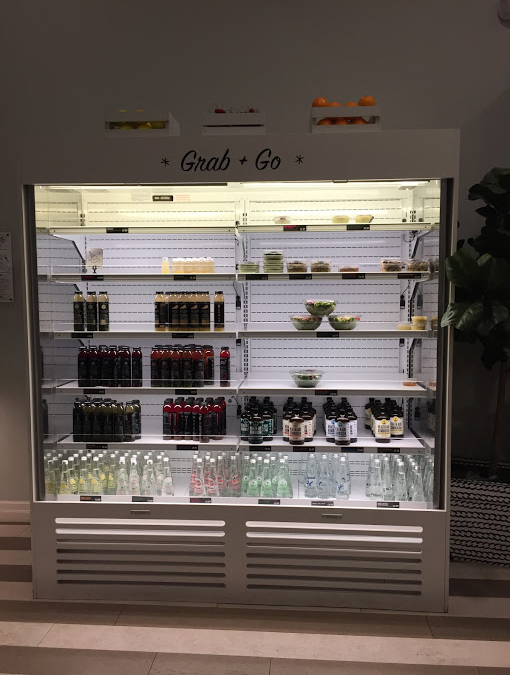 The specials of the day are posted on the wall, most likely seasonally. 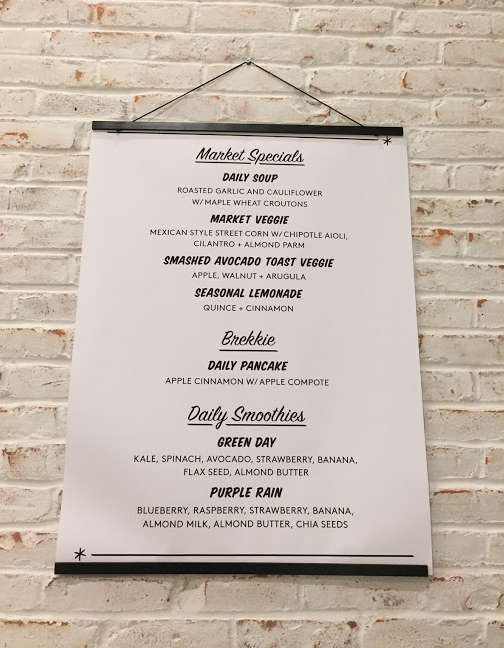 A look at the style  ~ the lighting, the wallpaper, and down to the flooring were all carefully considered and the visual appeal is amazing. 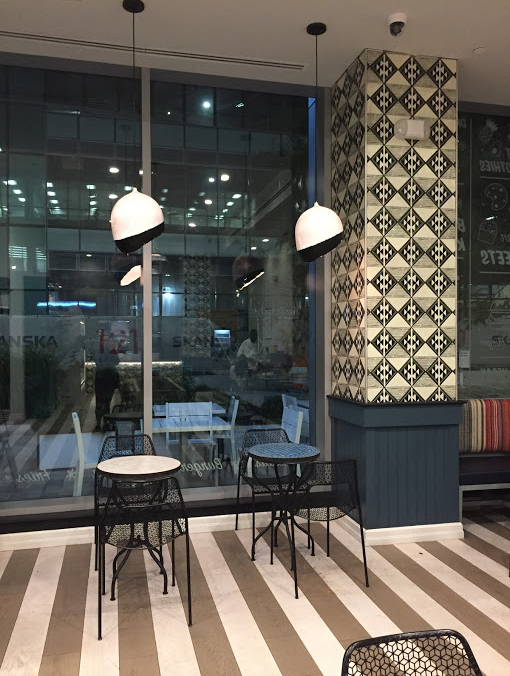 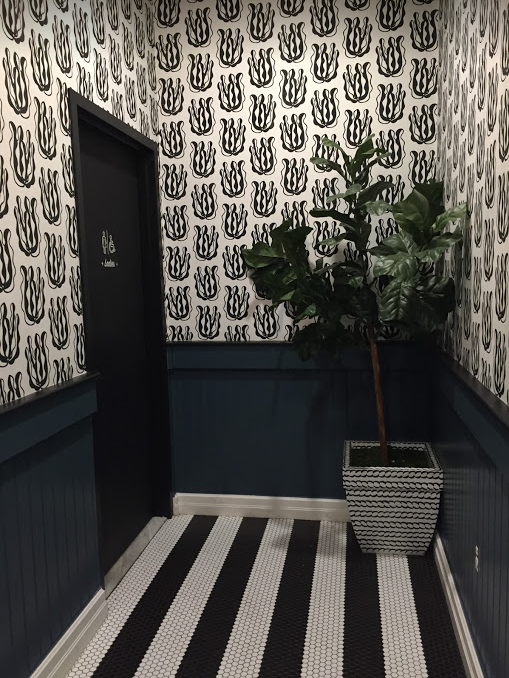 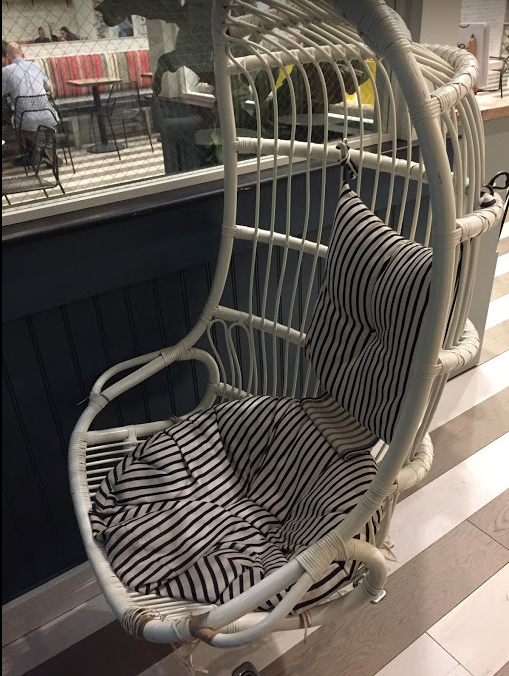 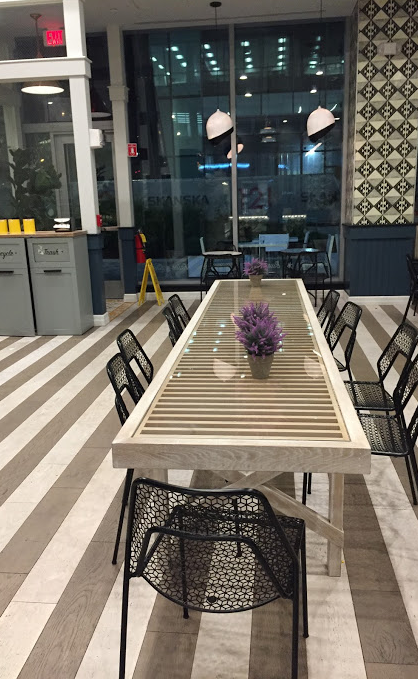 I did not try a dessert but they looked delicious, including these push-pops which bring you back! 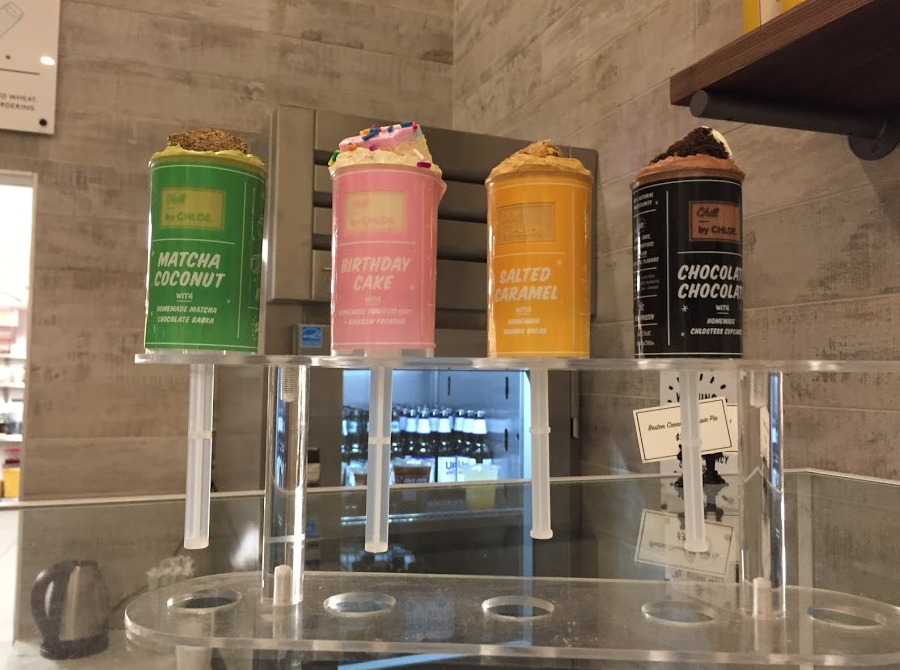 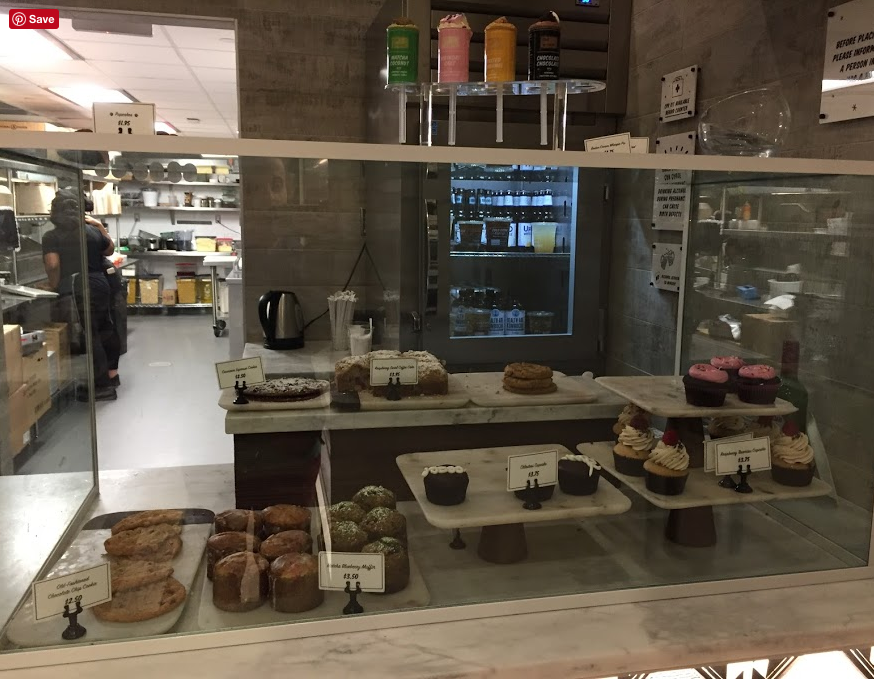 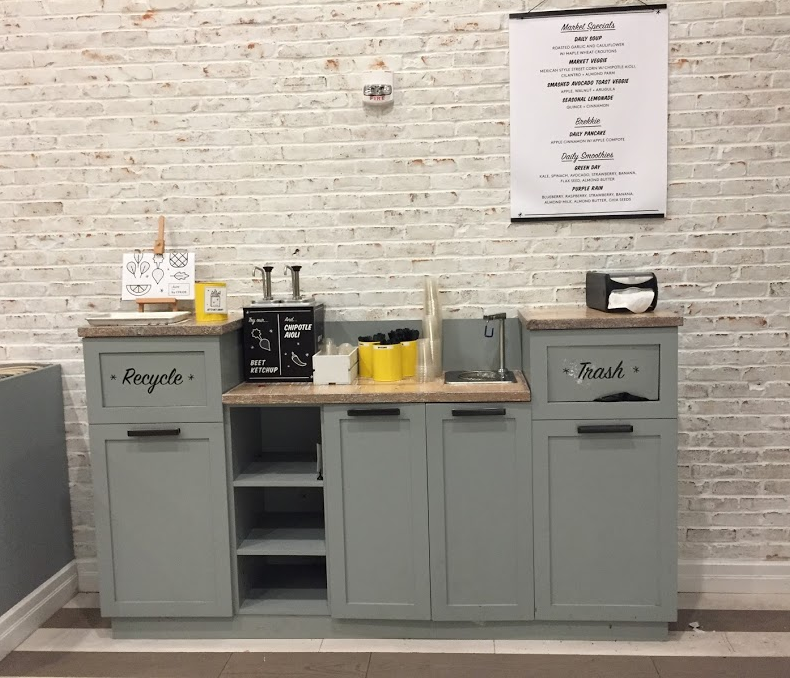 As for the menu items,

I tried the kale caesar salad, guacamole burger and macaroni and cheese. 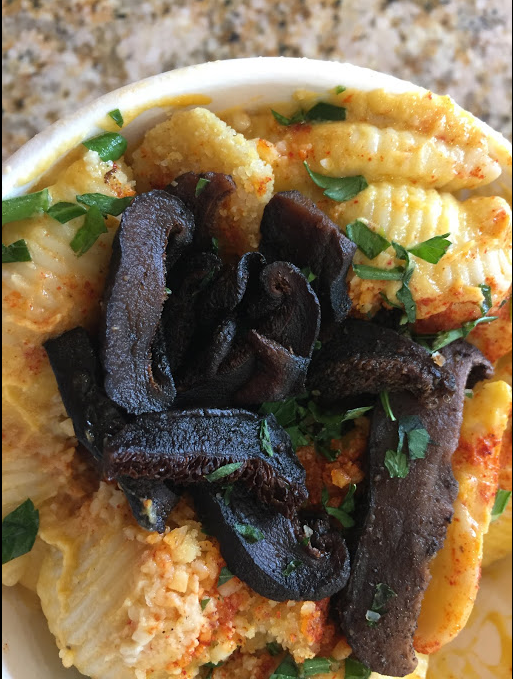 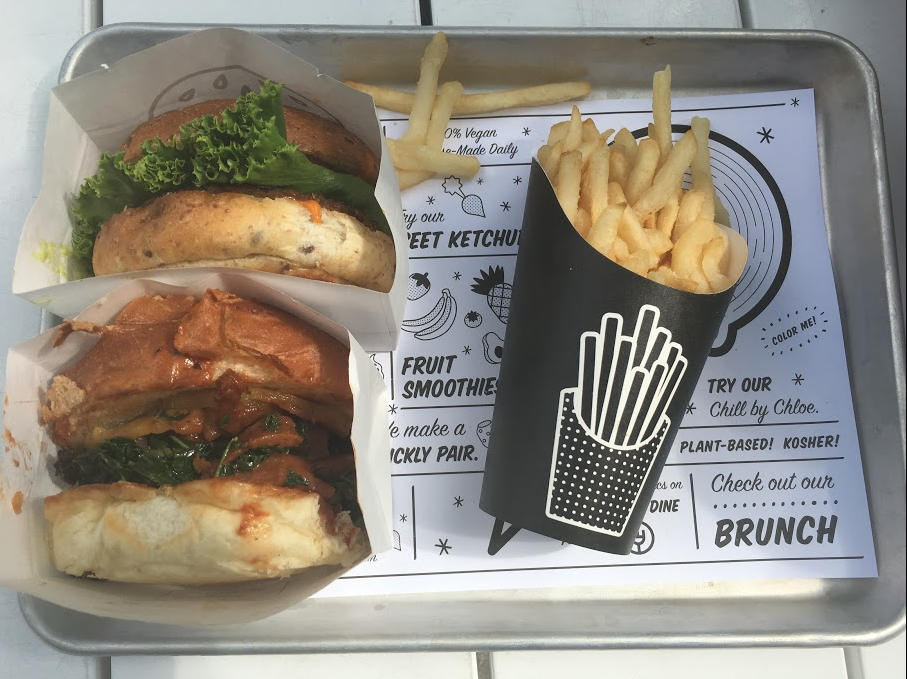 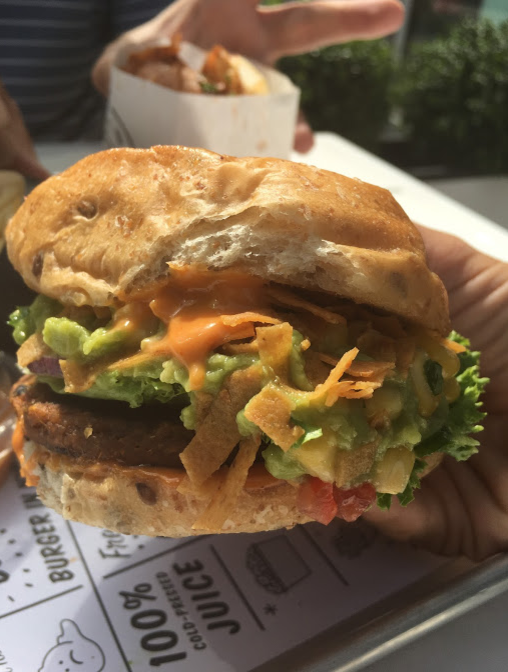 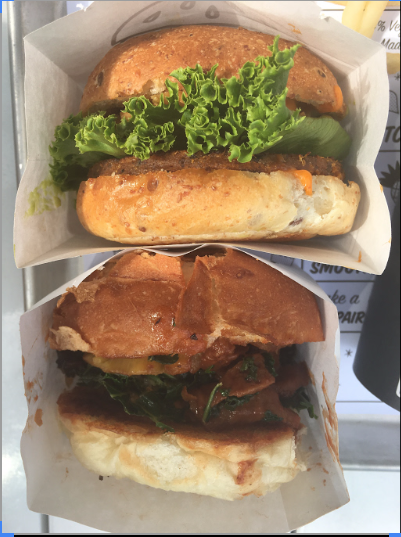 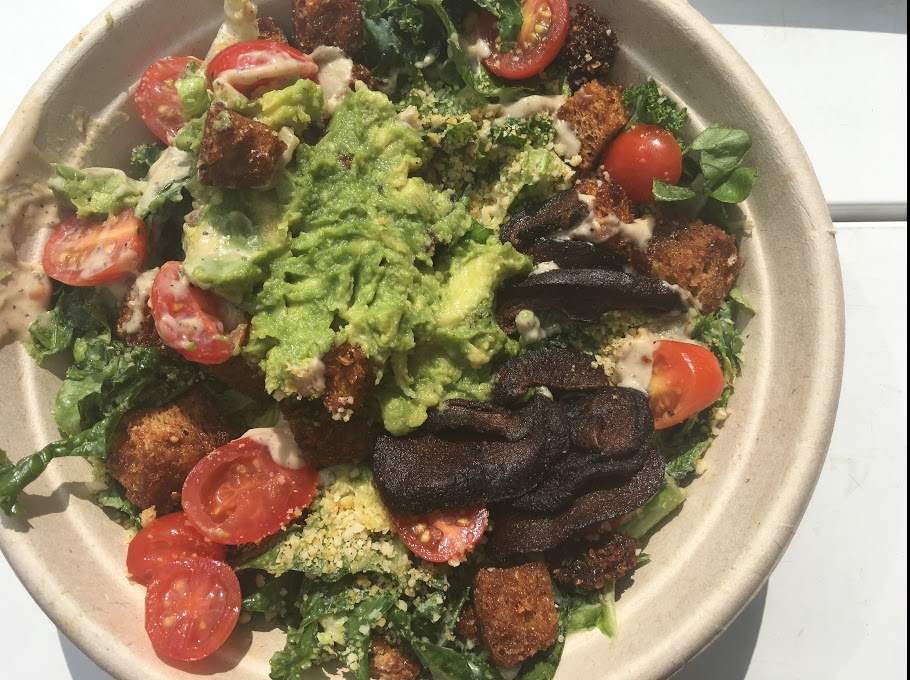 This was my favorite!!  Everything was delicious. Is there a By Chloe by you? Check out the locations and menus- currently in LA, Boston, NYC and one opening in Rhode Island, and let’s hope she expands to Philly! 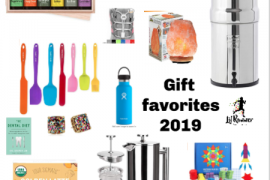 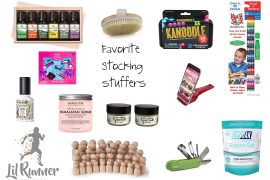 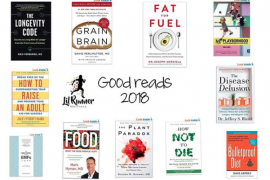