Stubborn belly fat? The hormone cortisol can often be to blame.

WHAT IS CORTISOL and how does it work?

Cortisol is a steroid hormone, known as the primary stress hormone to many because it is the hormone that is released when we are under stress. Cortisol helps to convert and release fat stores and proteins into energy.  The release of cortisol is controlled by the hypothalamic-pituitary-adrenal or HPA axis.  The stress response is initiated in the brain (1) and it sends the “fight or flight” signal to the hypothalamus, or command center in the brain.  The sympathetic nervous system is activated and provides the body with energy to respond to perceived dangers (1).  At this time, digestion slows down as every system focuses on the threat, while energy is high.

The parasympathetic system or “rest and digest” system does the opposite – it calms the body down after the threat of danger has passed.   The hypothalamus releases corticotropin-releasing hormone (CRH), which triggers the release of adrenocorticotropic hormone (ACTH), and last, the adrenal glands release cortisol.   Cortisol is involved in many body processes, including inflammation and importantly on this topic, metabolism. 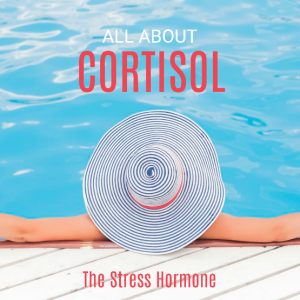 The effects of cortisol on the body

Cortisol is a necessary hormone while at homeostasis, helping the body to have just the right amount of energy. However, chronic activation of the stress response, and thus high cortisol levels creates physiological changes, which contribute to obesity, high blood pressure, clogged arteries, and changes in the brain that can result in anxiety and depression.

Do you ever find yourself eating more when you are stressed? Cortisol increases appetite naturally since the body will require more energy to respond to stress.   Since the digestive system is halted when cortisol levels are high, unused nutrients will be stored as fat to be saved for later.  The stomach tends to be the first place where fat accumulates (2).   Stress has been consistently shown to be a factor in abdominal fat in experiments with animals (3) and is also typically the case with humans.

There are 2 types of fat that the body stores and uses for energy:

VISCERAL FAT ~the fat found around organs. This type of fat is more dangerous for health and is the one more affected by hormones.

SUBCUTANEOUS FAT~ the fat under the skin that you can pinch.

TRIGLYCERIDES are fats that circulate in the blood.

Cortisol is highest in the morning when we wake up, and drops throughout the day. The cortisol surge in the morning helps release glucose into the blood stream for energy.

Obviously a major player in cortisol levels is stress! Caffeine also plays a role, as caffeine is a stimulant, so coffee drinkers can take note that cortisol levels are affected by drinking coffee (4).  However, drinking a cup or two of organic coffee has also been shown to have antioxidant benefits. If you are someone with high stress, you may want to consider kicking the caffeine habit, or lessening daily consumption for overall health.  Running as well as intense excessive exercise also raises cortisol levels, which is one reason why runners can’t seem to lose weight during training. 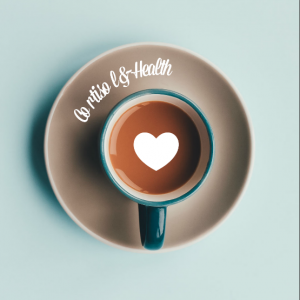 HOW TO KEEP CORTISOL LEVELS IN THE NORMAL RANGE

Sleeping at least 7 hours a night, targeted nutrition, meditation, and yoga are all ways to keep stress at bay, and cortisol levels in a healthy range. Adaptogens are supplements to consider for daily consumption.  I like this brand.