If you follow health news, the MTHFR gene has been highlighted often more recently. The MTHFR gene provides instructions for making an enzyme called methylenetetrahydrofolate reductase (1). It sounds like an abbreviation for a bad word,  but it’s actually a gene that has a common mutation. 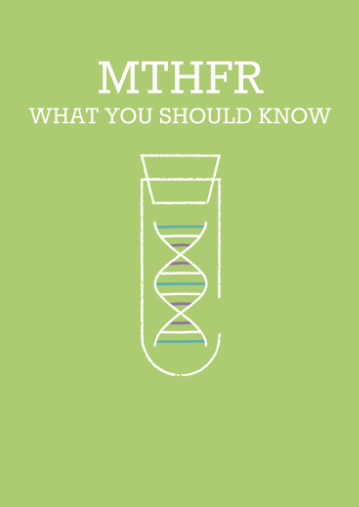 Methylation occurs in every cell in our body and is responsible for many processes including:
• Cell division and regeneration
• Healthy immune system
• Detoxification in the liver (and elsewhere)
• Clearing out excess estrogens and histamine
• Regulating how our genes get expressed

What is MTHFR? HINT: It’s not a curse abbreviation!

Impaired methylation is related to variants of the MTHFR gene.

The MTHFR gene has various jobs.  The enzyme adds a methyl group to folic acid so that it is bioavailable to the body, and helps the body to use vitamin B9 efficiently.   MTHFR assists in converting homocysteine into methionine which in turn makes glutathione, a powerful detox agent.   The mutation of MTHFR could lead to high levels of homocysteine in the blood, because of the lack of conversion, which is associated with a higher risk for cardiovascular disease.  Those with the mutation could have difficulty getting toxins out of the body when glutathione is not created, which is associated with a higher risk of cancer.. Those with the mutation can also have a problem using folic acid or folate, which is an area of concern in pregnancy since folate deficiency “has been associated with abnormalities in both mothers (anemia, peripheral neuropathy) and fetuses (congenital abnormalities).” (4)

Perhaps the most impact that the MTHFR gene has is in pregnancy.  In pregnancy, multiple miscarriages and neural tube defects can be related to MTHFR mutations (2) .  One study that worked with women with multiple miscarriages found that homozygous (both variants of the gene) were found in 59% of women.  68% of women in the study had more than three gene mutations over the 10 genes studied (3). 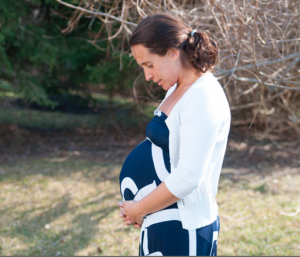 HOW TO FIND OUT IF YOU HAVE THE MTHFR MUTATION

High levels of homocysteine, or low levels of folate and vitamin B12 typically show impaired methylation, but unless you have genetic testing done, you probably will not know if you have the mutation and you may not need to know.  Those who may want to find out if they have the mutation are women who plan to get pregnant.   There are many companies that offer this testing though it is not covered by insurance.  Here are a few I have read about and seen in the press.

Genetic Direction Test  use code LILRUNNER for $20 off!

WHAT TO DO IF YOU HAVE THE MTHFR MUTATION, OR NOT

Taking methylated folate, the bioavailable form of folate should help with absorption (2).  Thorne Basic Nutrients 2/Day is a multivitamin containing methylated folate.   Additionally, B Vitamin Supplementation seemed to help lower homocysteine in this study.  Consider the tips below as well.