My oldest started with seasonal allergies when he was just 4 years old.  A trip to the allergist yielded reactions to grass, pollen, weeds, dogs and cats. The poor guy had rubbed his eyes so badly and could not tolerate being outside. This is a pretty good picture of what allergy season looked like when it was just beginning.

WHERE DO SEASONAL ALLERGIES COME FROM?

Most experts agree that the microbiome is a major factor in the development of allergies, and that there is a genetic factor to seasonal allergies, but also, early exposure to viruses is thought to be key to establishing a normal response to environmental allergens (1).  As a new mom, and this guy being my first, I wasn’t nearly as educated about how the immune system works as I became over the years and I’m pretty sure any temperature over 100 was dosed with Tylenol.  At the time, I did not know the affect it was having on gut health, or the immune system. 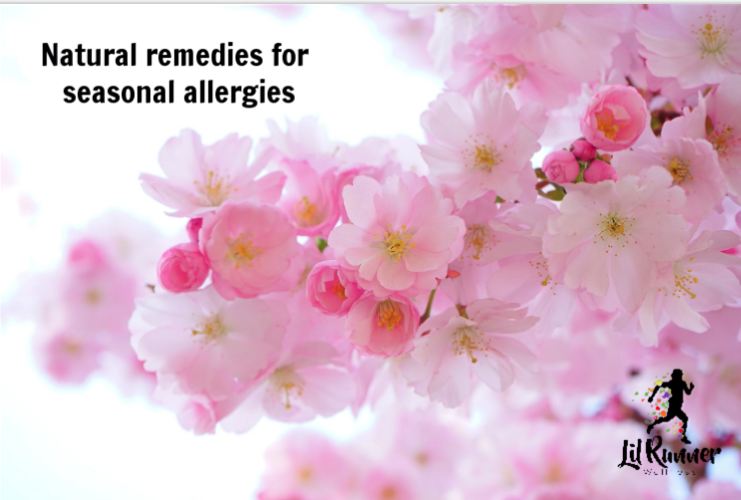 It is so important to let the body do its thing to kill bacteria and viruses without medication. {Note: if fevers are in the 104/105 range, this is more serious and you should be in touch with your doctor for sure.} Treating a 103 and under fever with medication interferes with the immune response and does not allow the immune system to build up Th1 helper T cells to respond to environmental allergens(1).  Building up Th1 helper T cells is called the “hygiene hypothesis(1).” T cells from allergic individuals show a stronger bias towards Th2 type immune cells(1). The decision to produce IgG or IgE antibodies in response to an allergen depends heavily on the type of helper T cells present and allergic individuals typically produce IgE antibodies (the bad guys) because they tend to have Th2 type T cells(1). We all want a balance of Th1 and Th2 T cells. What you have more of can be affected by genetics, but can also be swayed by that early exposure (1). Let the fever do its job and you’re on the right track! 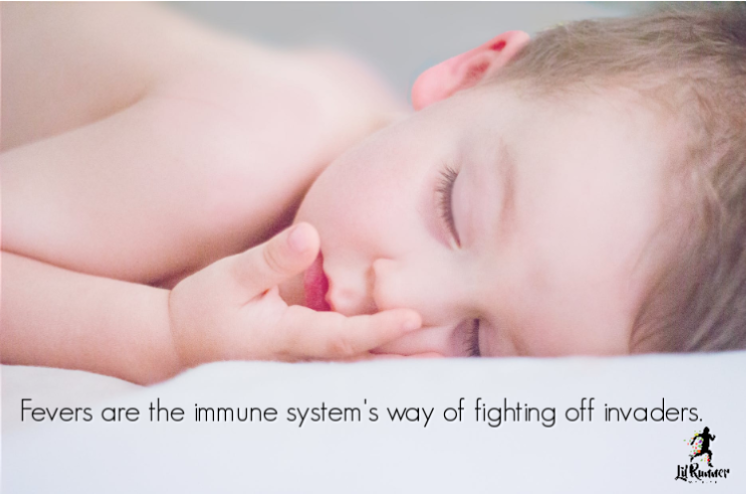 HOW THE IMMUNE RESPONSE WORKS

IgE antibodies interact with the white blood cells called mast cells. Upon exposure with an allergen, large amounts of IgE antibodies are produced that recognize the allergen (1). Mast cells have receptors that bind to the Fc region of the IgE antibodies, and since allergens are small proteins with structures that repeat, the antibodies bind close together. On a second exposure, mast cells are now primed, and the allergen can cross link the IgE molecules which drags the Fc receptors together, telling the mast cells to release their granules, which contain histamine, along with other chemicals and enzymes that cause symptoms (1,2).

With that being said, there are many natural interventions that you can try to help support the immune response and to try to reduce the histamine response.

**1-2 TBS of raw local honey daily. Look for raw honey made in your region of the US! We also like BeeKeeper’s Naturals SuperPowered Honey Blend. This does contain royal jelly and is recommended for over age 6.

**Consider taking a supplement with:
Quercetin – flavanoid that gives fruits and veggies their rich colors, stops the production and release of histamine.
Bromelain – helps to reduce swelling in the nose and sinuses
Stinging Nettle – antihistamine and anti-inflammatory
D-Hist or D-Hist Jr fit the bill with helpful combination.

**1 tsp spirulina daily.  Alone or in large amounts, this tastes and smells pretty gross, so try to add into smoothies.

**HEAL THE GUT.  Pharmaceutical grade probiotics –  helps boost the immune system. VSL#3 is a strong one, and we also like Just Thrive, a spore based probiotic since you can add to hot beverages as well with survivability!

**Essential oils.  Lavender, Eucalyptus and peppermint are the three that most experts recommend, but safety is questionable.  This study found lavender to potentially be an endocrine disruptor. Note that eucalyptus is for ages 10+ and peppermint is for ages 6+.   Topically,  2-3 drops peppermint, lavender and eucalyptus diluted in carrier oil behind ears, bottoms of feet, and on temples could help.

**Some foods naturally contain histamine, cause a histamine response, or cause inflammation.  These foods are to be avoided.

What do you do to ease allergic rhinitis naturally?